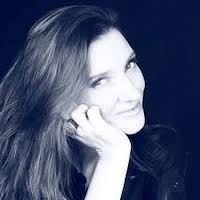 Laura started her career in 1993 as Finance Auditor in PWC Buenos Aires, Argentina. In 1997, she joined Aguas Danone Argentina as Sales & Marketing Controller. She became Financial Controller in Villa Alpina (Groupe Danone) in 1999. In 2003 she moved to France as Sales & Marketing Controller for the World Wide Waters Division. In 2006 she accepted a position at Corporate level where she acted as Investors’ Relations Officer

She later became VP Finance Nature in 2009, in charge of developing and deploying the environmental reporting for the company, including the CO2 accounting system.

In March 2014, Laura was appointed Corporate Social Responsibility Director, and as of May 2016, she became Sustainability Integration Director, in charge of coordinating sustainability governance, animation and sustainability reporting at corporate level.

Since January 2018 Laura is seconded to the UN Global Compact where she serves as Senior Advisor on sustainability reporting issues.