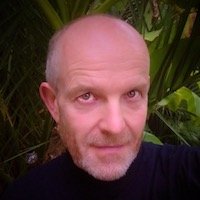 Andrew Simms is an author, political economist and campaigner. His recent book is Cancel the Apocalypse: The New Path to Prosperity.   He is co-director of the New Weather Institute, assistant director of Scientists for Global Responsibility, a research associate at the Centre for Global Political Economy, University of Sussex, and a fellow of the New Economics Foundation where he was policy director for many years. He devised ‘Earth Overshoot Day,’ marking when in the year we start living beyond our ecological means, coined the term ‘Clone Towns’ describing the urban homogenisation caused by chain stores, and co-authored the original Green New Deal. New Scientist magazine called him a ‘master at joined up progressive thinking. His other books include The New Economics; Do Good Lives Have to Cost the Earth; Ecological Debt – Global Warming & the Wealth of Nations; Eminent Corporations: the Rise & Fall of the Great British Company; and Tescopoly – How One Shop Came Out on Top & Why it Matters. Andrew studied at the London School of Economics has written often for the Guardian and other journals, and broadcast with the BBC. In 2018 with colleagues he launched the Rapid Transition Alliance, an international initiative with a mission to find and spread evidence-based hope in a warming world (rapidtransition.org). His Economics: A Crash Course, written with David Boyle is published in 2019 and he tweets from @andrewsimms_uk